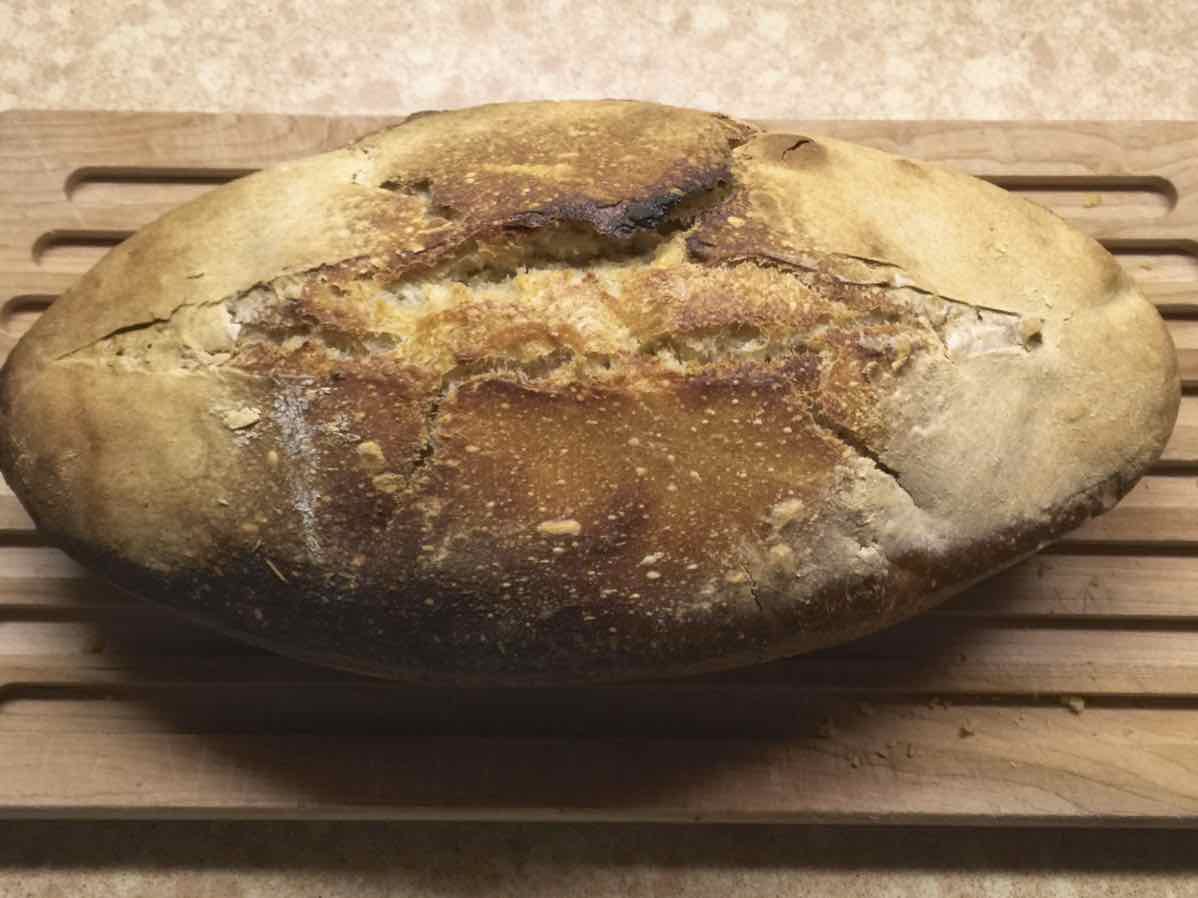 Long languishing way down my Amazon Wishlist was this Lékué Silicone Bread Maker. I don’t remember where I first saw it. But when I did I thought about how it would surely help bake “freeform” loaves of bread recipes whose dough tend to the wet side of things. I’ve had some loaves flatten out like flying saucers before. There’s a lot to learn in bread baking and I’m fairly successful, but some doughs elude me. There’s gluten development and surface tension development. Both help stop the dreadful spread. However, the Tartine Bread recipe is one that even following all the directions I’ve had trouble with. I’ve tried it several times before and often it spreads and flattens out when deposited on the baking stone.

So, this Xmas Howard got the bread baking silicone for me. I’ve used it twice and I have to say it sure does solve the problems of a wet dough. Yesterday I baked the Tartine Bread in it. My loaf is up top. The baker did stop the spread and since steam stays in the crust is nice and crunchy. The house was cool yesterday and the dough wasn’t progressing so I took some shortcuts. I ended up with and acceptable loaf with a good crust, but lacking those big holes of air usually seen in this bread. The long ferment though means that the dough got that signature sour flavor. Which I really realize I’m not a huge fan of. I don’t know what’s happened, but I no longer care for sourdough much.

I would recommend this baker for anyone who’s afraid to make freeform loaves. It may be a bit of a crutch, but any tool that helps solve problems in the kitchen is fine by me. I use a silly zippered pie crust rolling bag. It works and helps me keep from adding too much flour to the crust. A true chef might think it inexcusable to use, but I don’t care. Whatever works.